Writing is easy. All you have to do is cross out the wrong words.  ~ Mark Twain

To code or program is really just you writing instructions for a computer in a funny and confusing looking language. And web development specifically, just requires you as a writer (or web developer) to save those instructions in a format that can be recognised by web browsers as a website (e.g. with .htm / .html extensions).

So in order for you to do that, you can literally use something as simple as Microsoft Notepad to do web development. This is a text editor, which plainly means you can type and edit text in it. Some beginner web courses (like W3Schools) actually suggest that you start by using Notepad. Starting with something straightforward like this gives you the opportunity to experience basic web development without having to go through the trouble of getting to know a new program with lots of features and plug-ins.

So for playing around with web development and learning a little HTML and CSS for the fun, Notepad is a great tool! It is also great for beginner coders; especially if you are serious about programming but just wants to focus on the coding instead of learning to use new software. Brian MacDonald summarises the pro’s and con’s of text editors in his article To IDE or not to IDE. 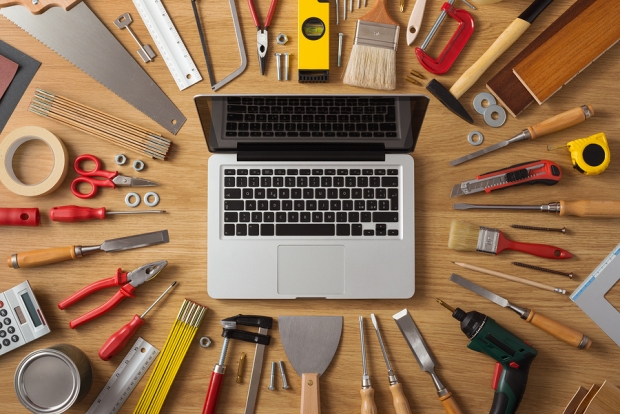 There comes a time, however, when your code becomes too intricate and long. Then Notepad becomes an inept tool, as it is a bit difficult to navigate through all the code, and it becomes tricky to find typing errors. It becomes time to start thinking about downloading an Integrated Development Environment (IDE).

In short, an IDE is a text editor with extra parts to help you along and acts as the software environment in which you write your code and test it to get to your final product. The formal definition of an IDE by Margaret Rouse: “an IDE is a software suite that consolidates the basic tools developers need to write and test software. Typically, an IDE contains a code editor, a compiler / interpreter and a debugger that the developer accesses through a single graphical user interface (GUI). An IDE may be a standalone application, or it may be included as part of one or more existing and compatible applications.”

Using an IDE is beneficial for various reasons, including to show typing errors and possible functions you can use, to ensure there are no errors, the auto-completion of code, etc. The blog by Salman A, Advantages and Disadvantages of Using IDE, summarises it excellently.

If you look at the technical side of it, you never have enough horsepower, so you’re always going to work on getting more horsepower. ~ John Fernandez 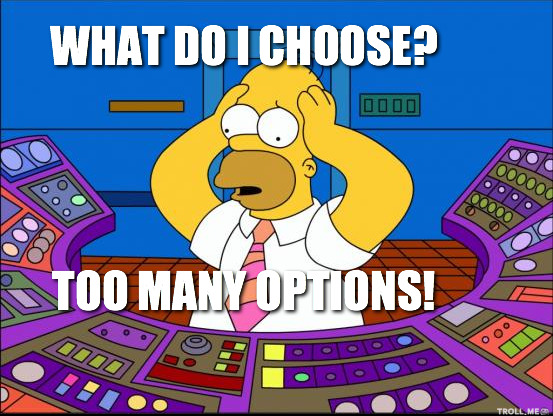 When I started researching the available IDE’s, I was totally overwhelmed. I opened the first few links on the Google result page, and each of those pages contained between five to eighteen possible IDE’s. Of course, some IDE’s were repeated in the different articles / blogs, but it was still a lot to work through…

So I then decided to write all the names of the mentioned IDE’s on a page and identify which ones were repeated (and how many times it was repeated). I also read through the descriptions on those pages to try and determine which ones might fit my needs best. Lastly, I deleted all the IDE’s that weren’t free or didn’t have a free version.

I placed IDE’s that are more generalised in terms of language compatibility a bit higher than IDE’s that are mostly focused on one language (e.g  Java, Python, etc.) If the IDE was described as easy-to-use or lightweight, I regarded it as better for my current needs. I am sure as I develop as a developer, my needs will definitely change and I will probably end up using another IDE. For my current needs, however, I just need something basic and easy to use.

Here are all the pages I used to compare IDEs:

Based on the above-mentioned elimination method, I ended up with six possible IDE’s to consider for my needs. I grouped those six in three levels of importance, where group 1 is the most considered options and group 3 the least considered.

I decided to start off by only looking at group 1. So I downloaded both and started coding in each. (I first started with Brackets, until I got the hang of it, and then I did the same with Visual Studio Code). I will in future also look at the other four, but for now, I am only focusing on these two IDE’s.

Although I have been playing around in these two IDE’s for a bit, I would still like to explore further before commenting on my experiences. So I will write about that in a future post.

Each developer has different needs, based on your personal preferences, the specific and combined languages you code in, the products you develop, etc. I think it best that you also do a bit of research before deciding. It’s easy enough to change your decision later by downloading a different IDE!

3 thoughts on “What You Need To Write Code: What an IDE is and how I chose one”